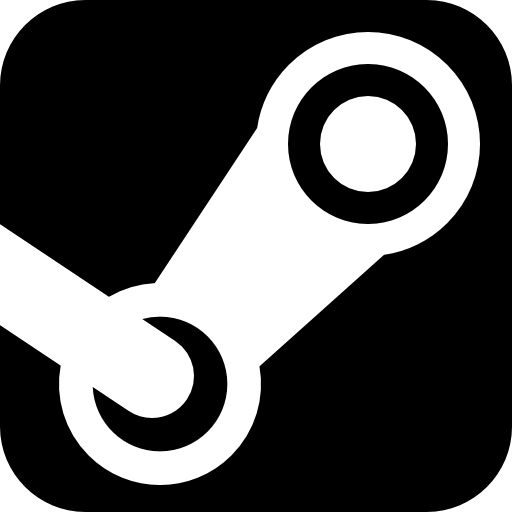 Operation BoomSlang! is a Garage-Indie Action Game with varying Play Modes (both Multi-Player and Single-Player) centered around hunting creeps, collecting treasure, trading in resources to obtain power-ups and competing in a myriad of different ways, while all being wrapped up in a FMV/Low-CG Hybrid Fever Dream.

Players are placed in creep-infested, boundary-shifting arenas, where they need to build up hunting points and collect treasure in order to afford different Power-Ups. In Multiplayer Modes, this gives Players multiple ways of competing against or with each other as well as diverse forms of achievements and challenges, in Single Player modes this will either serve as creative challenges for the Story Dungeon or interesting obstacles or tasks for each consecutive round in other Single Player modes.

Weapons:
With 5 weapons to choose from there is never a dull moment in a round of Operation: BoomSlang! Whether it’s the Plasma Rifle for pinpoint accuracy and those deadly kill-shots, the Plasma Shotgun for those spots that just a little bit too crowded, the Plasma RPG when you like to ‘live dangerously’, the Plasma Sword to get up close and personal or the Plasma Grenade when you just feel like leaving someone a present 😉

Power-Ups:
Hunt Creeps for Points, Collect Treasure, Trade in Resources for Power-Ups, what could be more natural, circle of life! Protect your vulnerable bag of skin from things like Lava Pits and Rabid Wolf Bites with the Plasma Shield (yeah everything here is made of Plasma, its a great vague, I mean versatile piece of tech, what do you want us to do about it). Burn your enemies (or yourself, lol) with a conjurable Pit of Fire! Hop over those pesky high arena walls and barriers with the Rocket Jump or bring down judgement with a FRICKEN LIGHTNING STRIKE!!! Yeah!!!

Abilities:
Where would one be without Abilities? Truly one of the Universe’s most important questions. That’s why we gave ya a Rocket Dash, cause gee golly whizz it sure is neat watching your character zipping and zooming across the screen, ain’t it? Wait, who put that grenade there?… Oh yeah and who needs to, pfft, like ‘walk’ to things even, like I know right? That’s why we just had to strap a ridiculous Vacuum to your suit so you can bring those juicy boxes a bit closer a bit quicker and yank the loot from right under your opponents’ noses.

In Operation: BoomSlang! you take on the role of a military agent part of a black-ops experiment with the purpose of studying the discovery of strange new creatures and areas. Where each agent needs to compete against other agents (not knowing they are part of the same experiment/unit, actually being clones of each other and being duped by VR/AR and AI brain implants), hunting as much of the wildlife while collecting as much resources in order to feed the military operation with the data and funds they crave. See, I told you, Fever Dream level stuff… 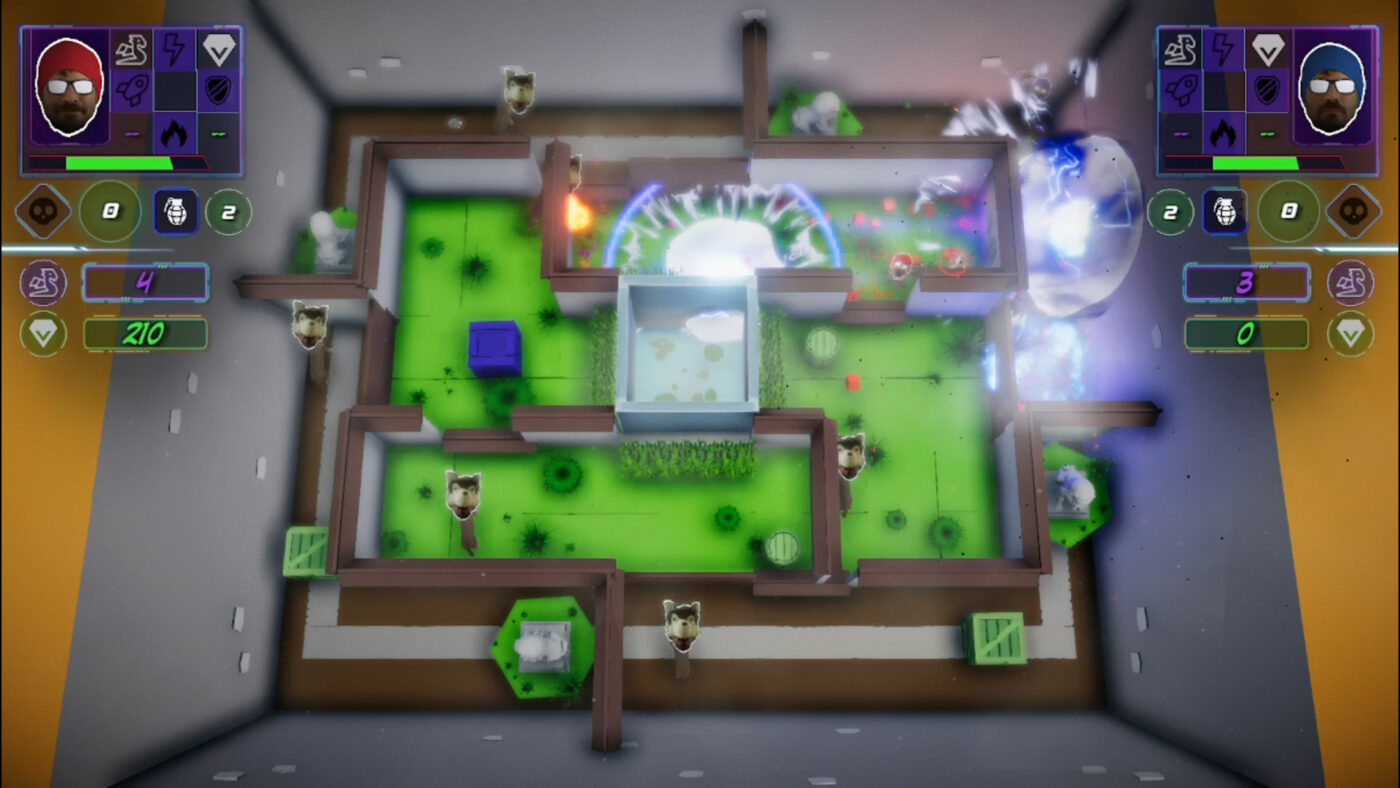 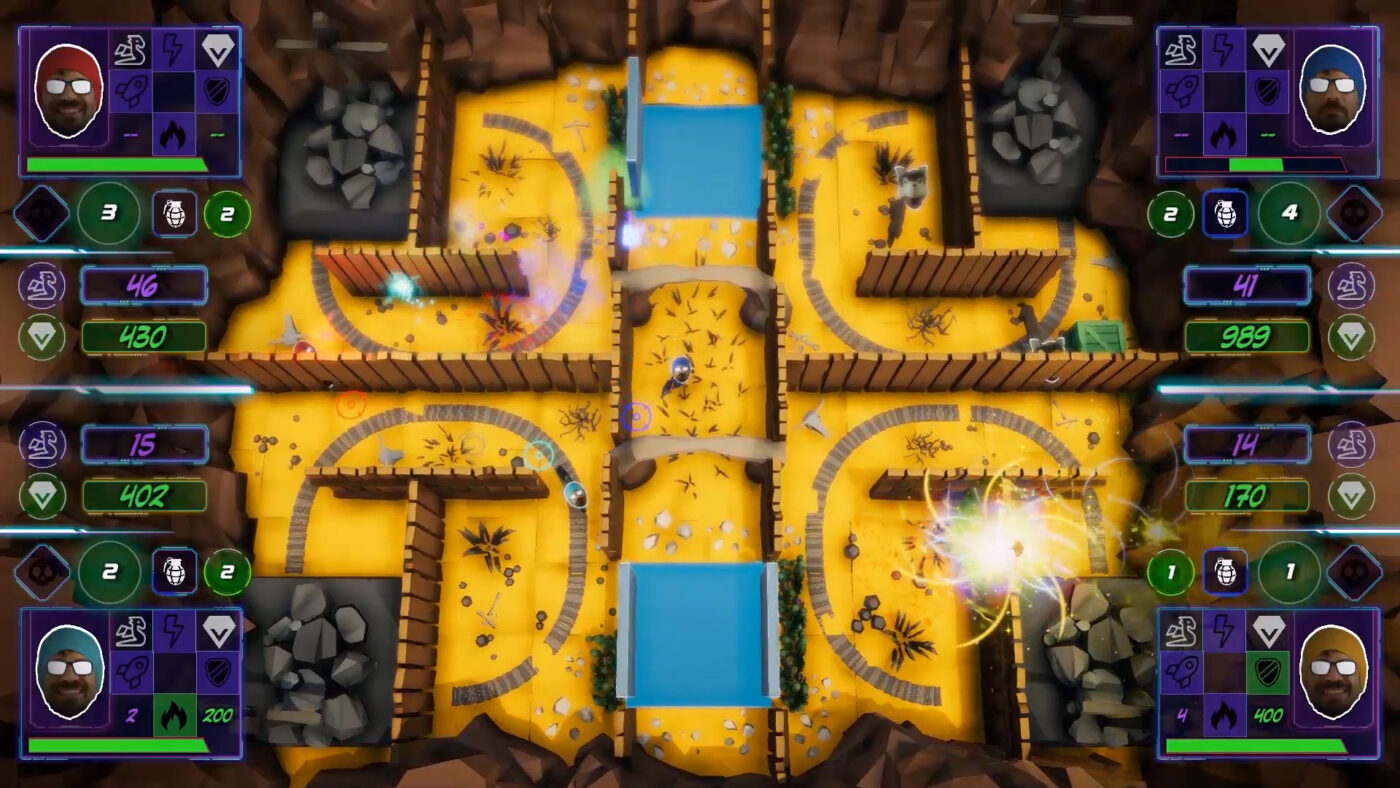 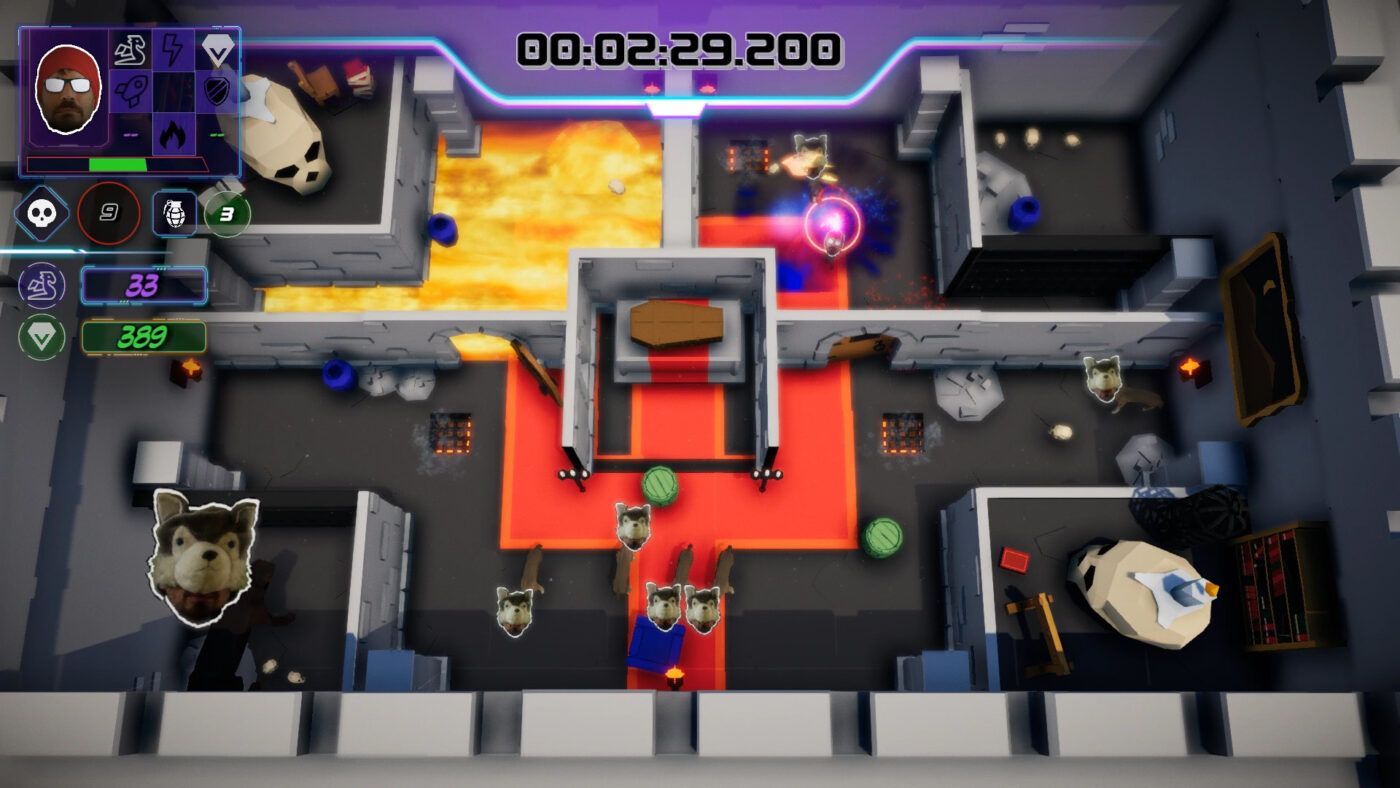 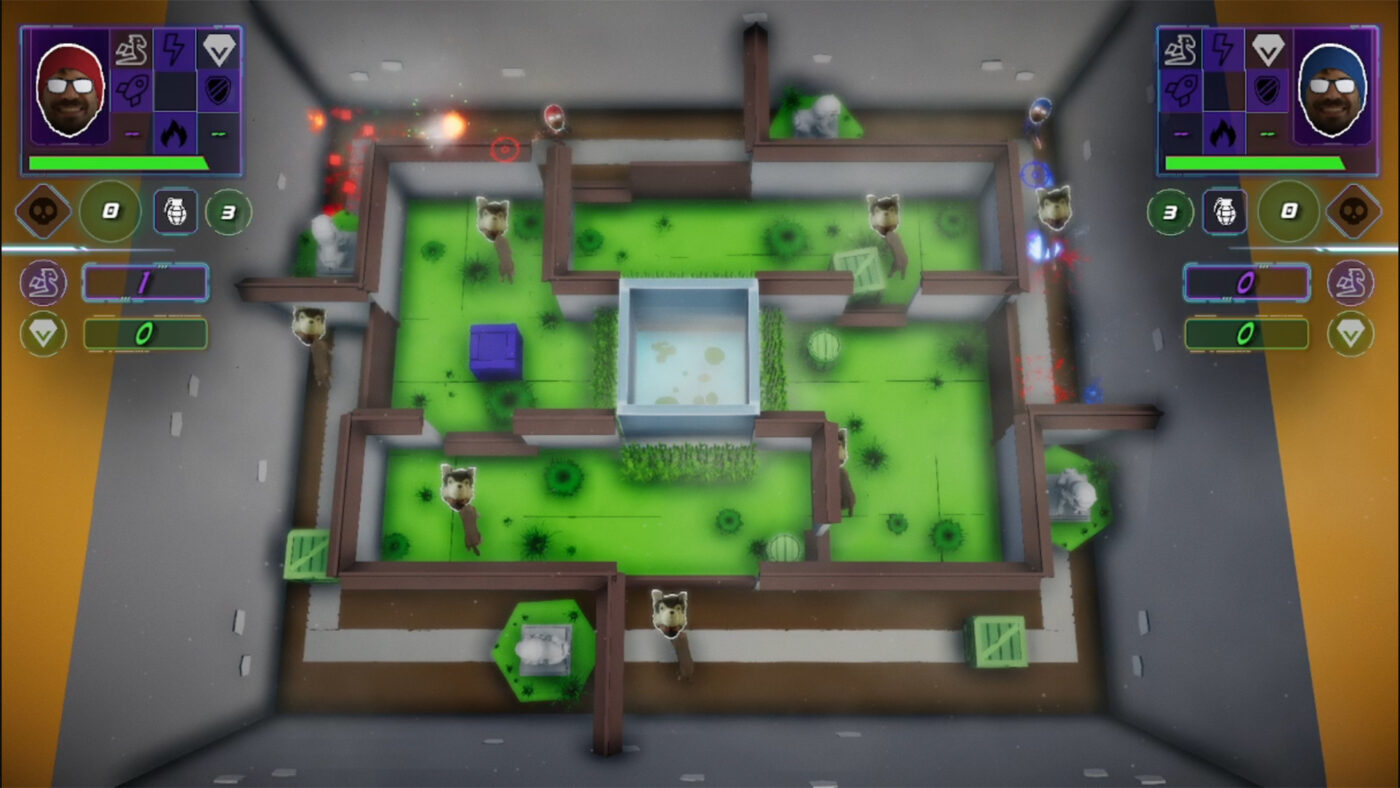 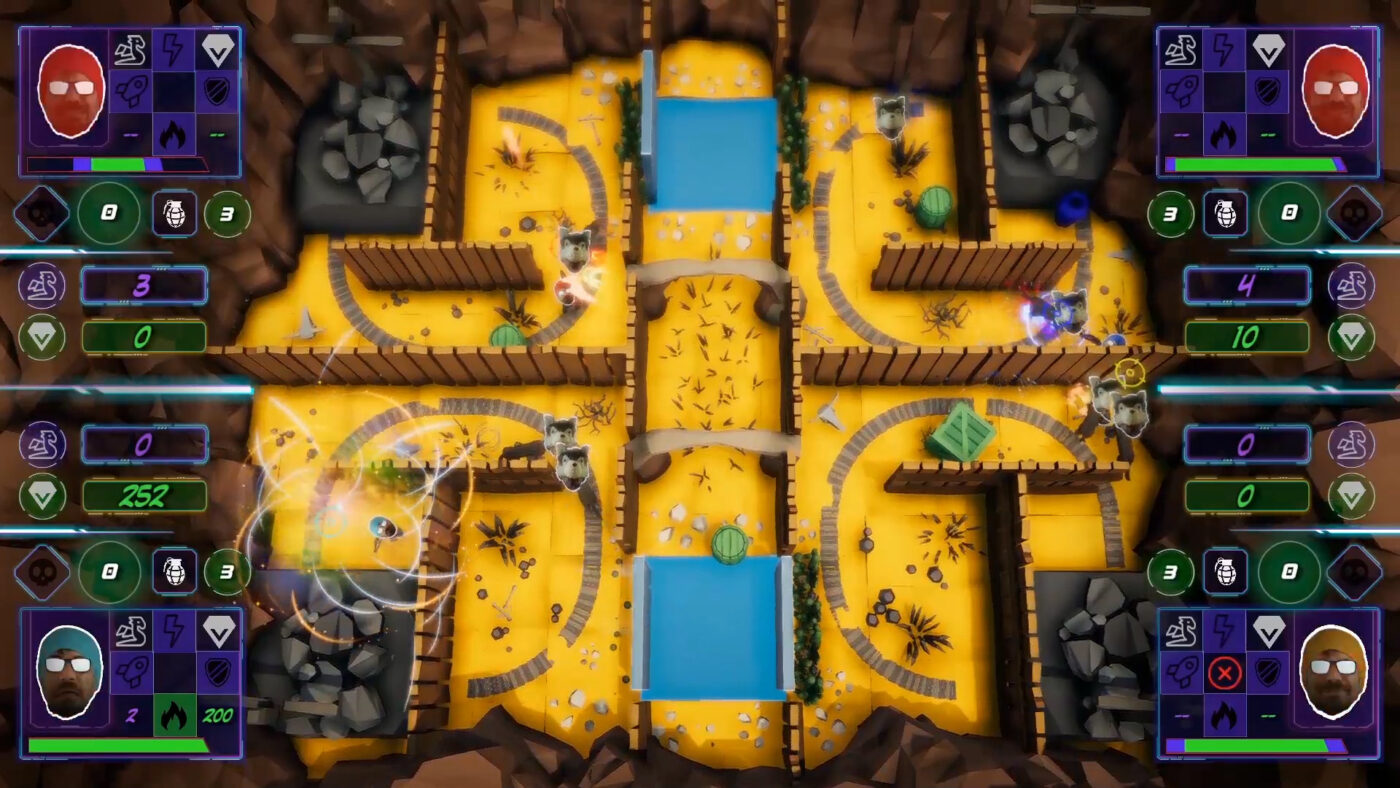 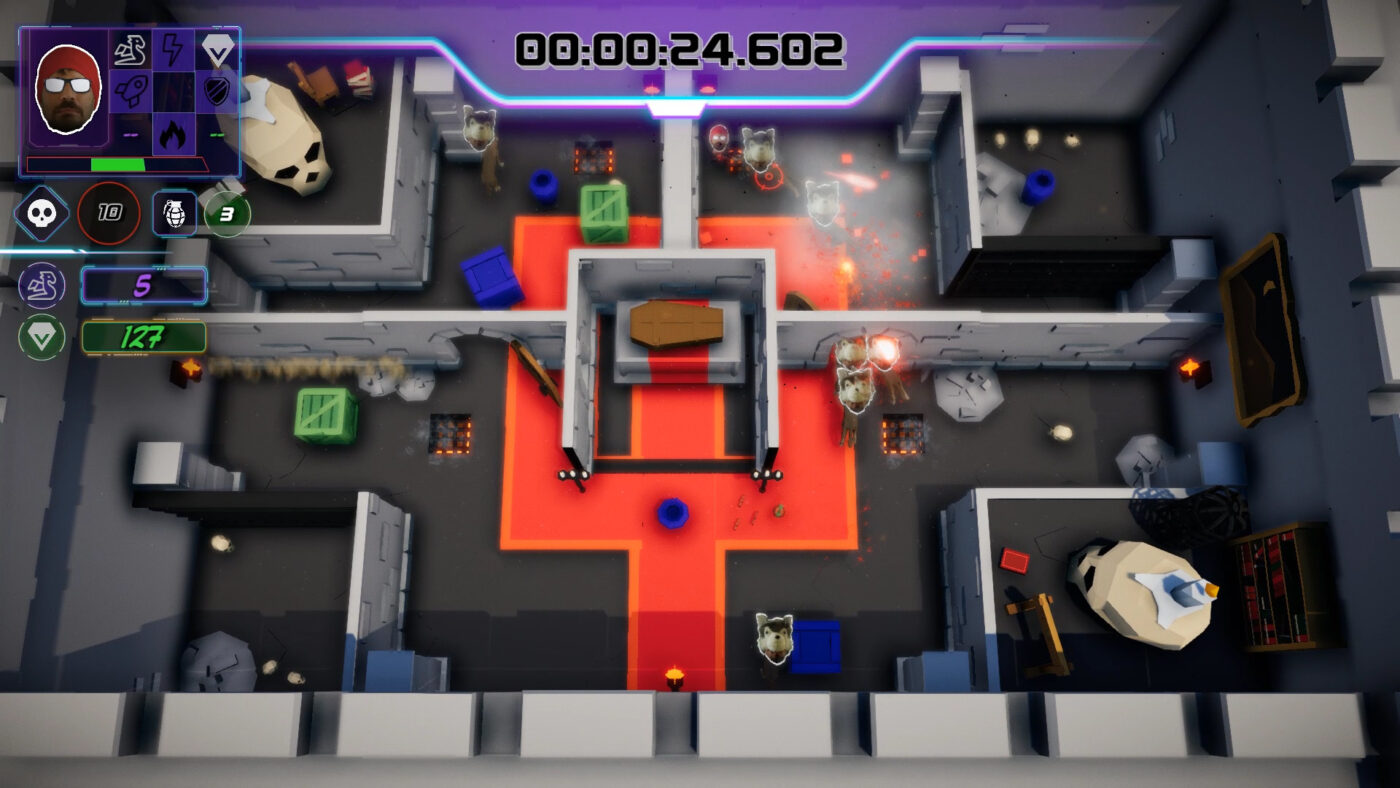